All about the Urinal

All about the Urinal 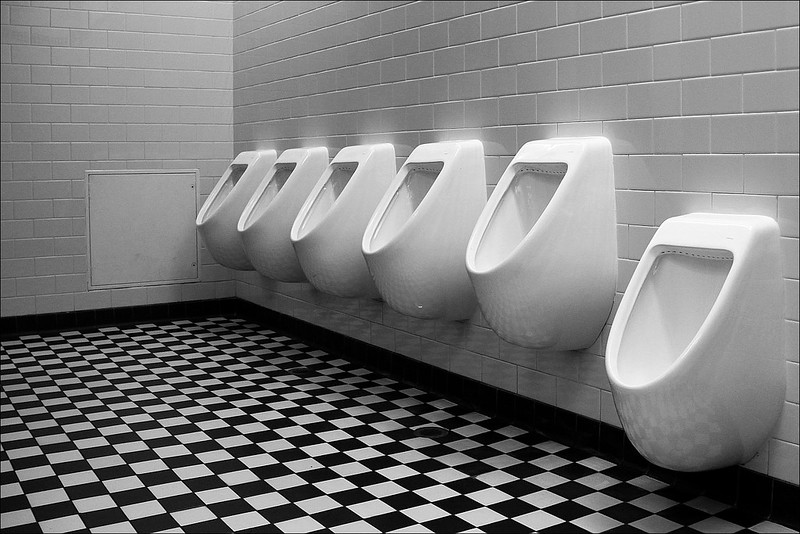 What would happen to society without them? (Photo Credits)

British researchers have found a way to convert urine into energy using a male urinal.

Science Alert says the energy found in pee is enough to charge a mobile phone. “Researchers in the UK have created a urinal that converts pee directly into electricity. The technology uses a set of microbial fuel cells (MFC), which contain tiny organisms that survive by breaking down urine and producing electricity as a byproduct.

An earlier model of the urinal was shown to successfully charge up a mobile phone, a stunt that made headlines back in 2013. But the team from the University of the West of England in Bristol, UK, wanted to find a more practical use for the technology, and is now working with Oxfam with the aim of lighting up refugee camps at night using nothing but urine.”

Not everyone though is happy about the existence of urinals. OSHA Plumbers

One opinion Ed published by The Guardian basically questioned why urinals have to exist and why males should urinate in the presence of other males. Plumbing Info

“Whether trough or bowl, the urinal subjects a man to the most wretched of indignities, to which we have become so inured that any deviation from the norm is considered effete. The urinal is inconsistent with civilisation: there is something barbarous about expecting men to expose themselves and carry out such a tender operation before others, especially while maintaining conversations with ostentatiously unembarrassed neighbours. And don’t give me that “it’s just a natural bodily function” nonsense: you don’t leave the door open when you’re in the cubicle, do you? (Do you … ?).”

Check out the rest of the column entry here.

A different type of protest though is happening in Canada.

Gaystarnews.com shared an article on the proposed ban of transgender women inside public female restrooms. “A transgender woman in Canada has launched a social media campaign to show how ‘ridiculous’ bathroom bans are. Brae Carnes, 23, is posting photos of herself in men’s toilets to protest a proposed law that would make it illegal for trans women to use female bathrooms. ‘As a trans woman I’m not even safe from discrimination at the pub or public transit. What’s going to happen if I’m forced into a men’s changeroom?,’ she wrote on Facebook.The Victoria resident said it is uncomfortable for everyone when she enters a men’s bathroom, and she looks completely out of place applying lipstick and posing for mirror selfies while men urinate in the background.”

So what are your thoughts on the Male Urinal?